What is Sex Addiction? 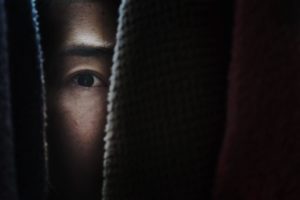 Sexual addiction is best described as a progressive intimacy disorder characterized by compulsive sexual thoughts and acts. Like all addictions, its negative impact on the addict and on family members increases as the disorder progresses. Over time, the addict usually has to intensify the addictive behavior to achieve the same results.

About 71 percent of child molesters are sex addicts. For many, their problems are so severe that imprisonment is the only way to ensure society’s safety against them.

Society has accepted that sex offenders act not for sexual gratification, but rather out of a disturbed need for power, dominance, control or revenge, or a perverted expression of anger. More recently, however, an awareness of brain changes and brain reward associated with sexual behavior has led us to understand that there are also powerful sexual drives that motivate sex offenses.

The National Council on Sexual Addiction and Compulsivity has defined sexual addiction as “engaging in persistent and escalating patterns of sexual behavior acted out despite increasing negative consequences to self and others.” In other words, a sex addict will continue to engage in certain sexual behaviors despite facing potential health risks, financial problems, shattered relationships or even arrest.

Increasing sexual provocation in our society has spawned an increase in the number of individuals engaging in a variety of unusual or illicit sexual practices, such as phone sex, the use of escort services and computer pornography. More of these individuals and their partners are seeking help.

The same compulsive behavior that characterizes other addictions also is typical of sex addiction. But these other addictions, including drug, alcohol and gambling dependency, involve substances or activities with no necessary relationship to our survival. For example, we can live normal and happy lives without ever gambling, taking illicit drugs or drinking alcohol. Even the most genetically vulnerable person will function well without ever being exposed to, or provoked by, these addictive activities.

Sexual activity is different. Like eating, having sex is necessary for human survival. Although some people are celibate — some not by choice, while others choose celibacy for cultural or religious reasons — healthy humans have a strong desire for sex. In fact, lack of interest or low interest in sex can indicate a medical problem or psychiatric illness.